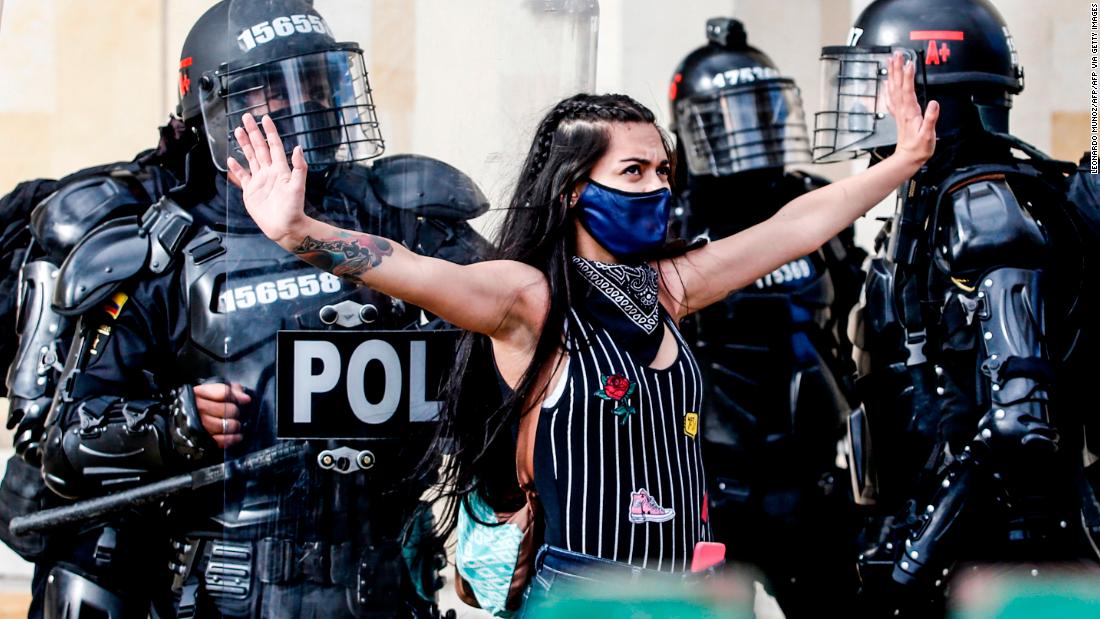 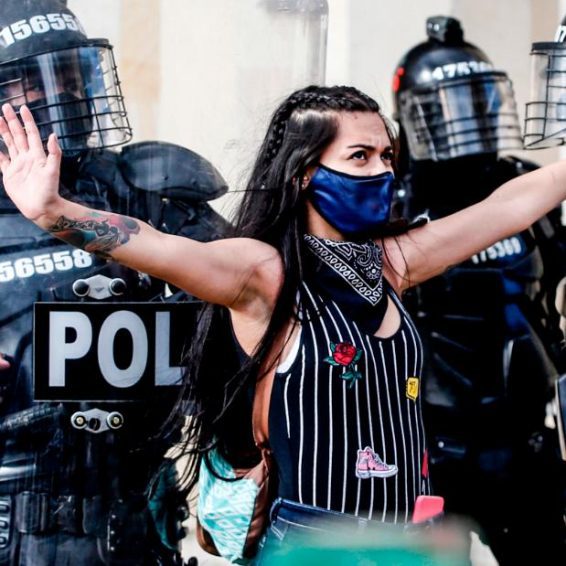 1 month ago·2 min read
ShareTweetPinShare
Home
World News
UN-backed report finds ‘police brutality’ in Colombia contributed to a ‘massacre’ that killed 11
The content originally appeared on: CNN
Announcing the results of the report on Monday, Chief investigator Carlos Negret accused Colombian National Police (PNC) of committing a “massacre.”
“The PNC openly dismissed any principle of proportionality or absolute necessity in using lethal force,” according to the report.
“Who gave the order, why were they shooting against unarmed protesters, whose responsible for the pain and for the lives lost — those are the questions we were not able to answer,” Negret said at a press conference on Monday.
Negret, who served as Colombia’s ombudsman from 2016 to 2020, also reiterated the UN definition of a massacre, saying it “takes place when three or more people are murdered in the same incident and by the same perpetrator.”
Read More
Amid escalating violence, Colombia sends in troops
The independent report was commissioned by the Mayor of Bogota, Claudia Lopez, and the Office of the UN High Commissioner of Human Rights (OHCHR) to investigate the deaths of at least 14 people during anti-brutality protests that engulfed the Colombian capital on September 9 and 10, 2020.
The protests erupted after footage of police officers tasering law student Javier Ordonez — who had been detained for allegedly breaking Covid restrictions — went viral.
Ordonez died a few hours after he was tasered. PNC patrol officer Juan Camilo Lloreda Cubillos was sentenced to 20 years in prison and fined approximately US $370,500 for his death.
The report said that “the events of police violence, abuse and brutality that begun in the early hours of September 9 with the murder of Javier Ordonez at the hands of National Police officers triggered one of the most serious episodes of human rights violations in the history of Bogota.”
In a statement to CNN, the PNC said that that they are “mostly interested in having justice delivered and those responsible for those events…must be punished.”
“The full weight of the law must fall,” it said.
The events surrounding Ordonez’s death have drawn comparisons to the murder of George Floyd in the United States — a man who was killed by Minneapolis police officer Derek Chauvin, and whose death sparked an uprising against police brutality and racism.
Mayor Lopez was seen crying when the report findings were read.
The anger driving Colombia’s protest movement isn’t going away anytime soon
“This report is painful for the soul, but it’s a necessary step to rescue and recover the state of our democracy,” she said.
It’s unclear if Lopez herself will face legal action as the top officer in charge of public safety in Bogota at the time of the protests.
Earlier this year, the Inter-American Commission on Human Rights accused Colombian security forces of using “disproportionate and excessive force” on protesters demonstrating against a series of issues ranging from income inequality and allegations of police brutality.
The protestors were met with violence that left at least 25 people dead. Eleven of those deaths involved police forces, according to the Colombian Interior Ministry.