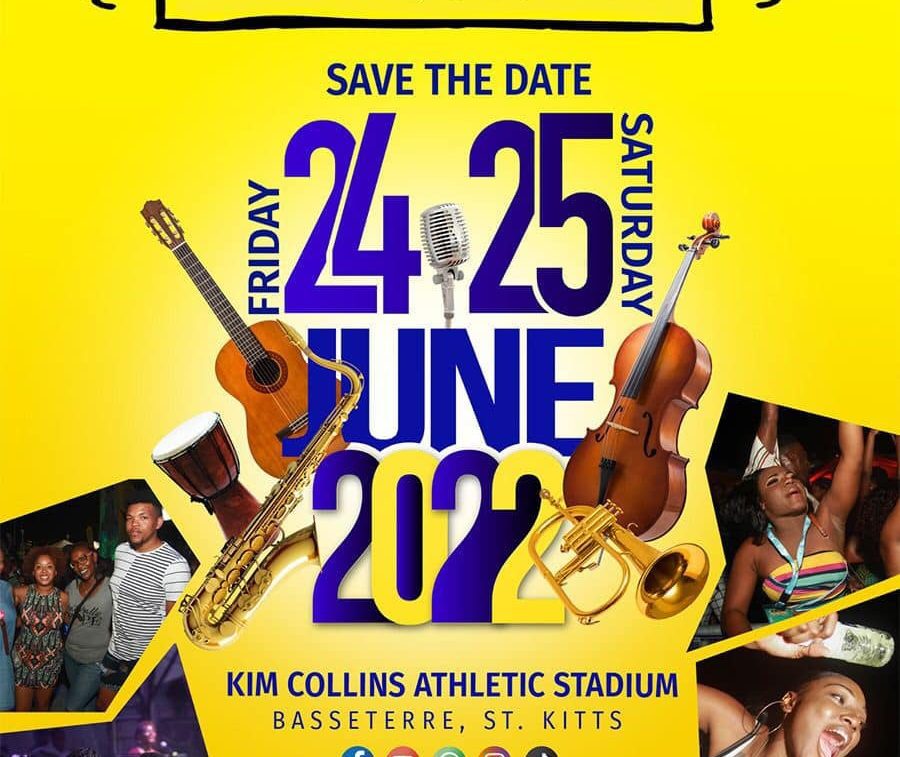 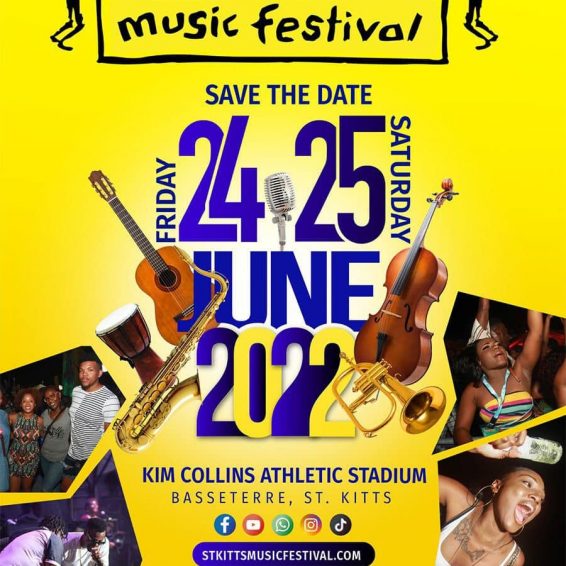 The Return Of The St. Kitts Music Festival For 2022

Basseterre, St. Kitts, December 15, 2021 — Fans across the world have welcomed the great news that after a two-year absence, due to the global COVID-19 pandemic, the leading music festival in the Caribbean, the St. Kitts Music Festival, will be back on the entertainment calendar for June 2022.

The dates that have just been announced, are Friday, 24th and Saturday, 25th June.

The festival, which would have celebrated 25 years in 2021, was launched in 1996 as a strategic move to lure visitors to the shores of St. Kitts, to help boost the island’s tourism sector, in what used to be a challenging summer season.

Minister of Tourism, Transport & Ports, Lindsay Grant, said that his Ministry and the Organizing Committee will be working closely with health officials to ensure that next year’s festival is successfully organized and executed.

“We are confident that we can maintain the very high standards for which the event has gained an enviable reputation internationally. The brand of the St. Kitts Music Festival is strong and well respected. It has quickly become the number one festival in the region,” stated Grant

“It is also no secret that the St. Kitts Music Festival has more value to us than entertainment, because it is an essential economic booster that drives business for many small and medium-sized Kittitian enterprises, and it creates many jobs for local service providers,” stated the Minister of Tourism.

When the festival was forced to be suspended in March 2020, the star-studded roster of artistes had already been released and was attracting great reviews from the international media and fans at home and abroad.

The Tourism Minister explained that “Though some of the artistes who were billed to appear in 2020 will be on the 2022 roster, the Committee will also be adding new headliners who would add more excitement to the line-up.”

“However, we are rebuilding gradually and that is why we are only hosting the event over two days. But in 2023, you can expect a return to a full long weekend schedule.”

The hosting of the festival next year, said Grant, is just another indicator that St. Kitts & Nevis is returning to its recent glorious past of having a buoyant tourism sector and a strong economy.

With the return of international flights and the recent re-opening of the cruise sector, the St. Kitts tourism industry seems destined for another resurgence.

Chairman of the Organizing Committee, Damion Hobson, said that as soon as the 50th Anniversary of St. Kitts & Nevis’ Sugar Mas carnival is over in January, more details will be rolled out, including the updated list of performers.

For now, said Hobson, everyone should get ready for the 2022 edition of the St. Kitts Music Festival. We have given six (6) months advanced notice, so now is the time to make travel plans.