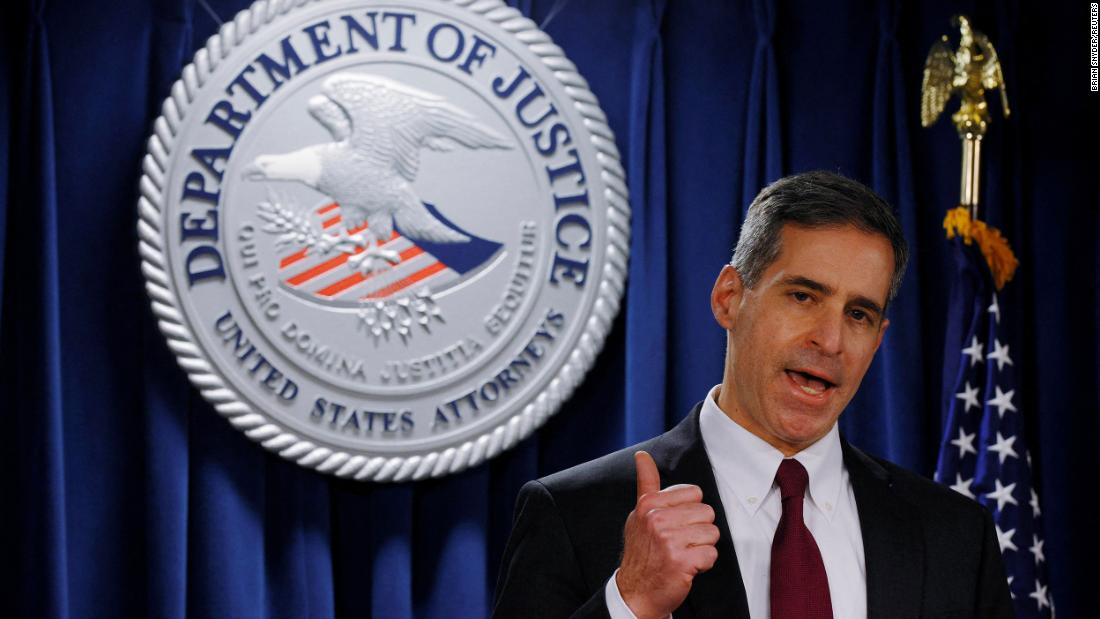 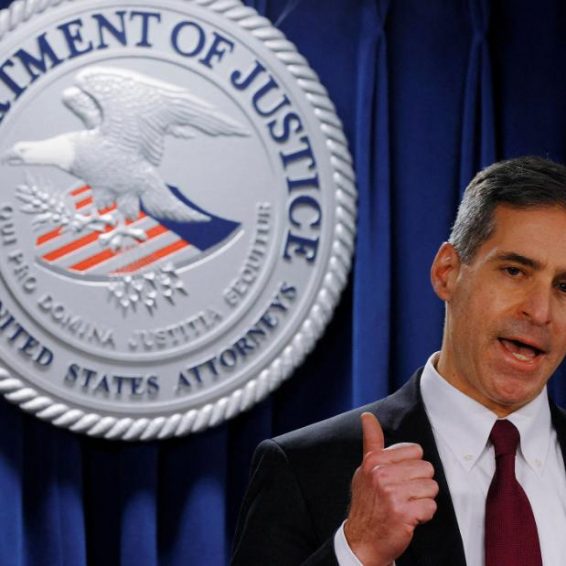 (CNN)A Russian businessman was extradited to the US this weekend from Switzerland to face charges in an insider trading scheme worth tens of millions of dollars for allegedly hacking into US computer networks, the Justice Department announced on Monday.

Vladislav Klyushin, owner of M-13, a Russian company that offers media monitoring and cybersecurity services, is charged along with four others for allegedly hacking into large publicly traded US companies to gain access to earning reports and other market moving information before it was public, and then traded stocks based on that nonpublic information.
Acting US Attorney for the District of Massachusetts Nathaniel R. Mendell said during a news conference on Monday that this was a “sophisticated and lucrative scheme.”
“They hacked US networks, stole inside information and cheated honest investors, out of millions of dollars,” Mendell said. “The four other suspects remain at large.”
One of Klyushin’s co-defendants, Ivan Ermakov, was one of 12 Russian military officers that a federal grand jury indicted in connection to the Justice Department’s special counsel Robert Mueller investigation into 2016 election interference.
Read More
According to the charging documents, Klyushin’s company had Kremlin ties and provided “IT solutions” that were used by the Russian president, federal ministries and departments as well as regional state executive bodies.
“Today’s cyber threats are more pervasive, have a wider variety of victims, and potential for far greater damage than ever before,” said Assistant Special Agent-in-Charge Albert Murray III with the FBI Washington Field Office’s Criminal and Cyber Division.
“Make no mistake, individuals who hack into US businesses, no matter if it’s to install ransomware or steal sensitive information as part of a sophisticated white-collar conspiracy, risk coming to the attention of the FBI and going to jail,” Murray said.
Klyushin was arrested only because he left Russia to go to Switzerland in March, Mendell said. Since his arrest, Klyushin fought extradition to the US.
“We take the position that the U.S. indictment and extradition is disingenuous and that the real reason for Mr. Klyushin’s arrest and the extradition to the U.S. is in connection with the nature of his work for and contacts within the Russian government,” said Oliver Ciric, an attorney for Klyushin.
Accused Russian hackers have for years been at the center of diplomatic battles between Washington and Moscow, which do not have an extradition agreement.
The Justice Department has lobbied US allies to extradite alleged Russian cybercriminals who travel abroad. Moscow sometimes files competing extradition requests to try to get the accused back on Russian soil before US law enforcement nabs them.
That drama was on display in the case of Aleksei Burkov, a Russian man whom the US accused of being a major player in the Russian cybercriminal world and of helping defraud Americans of millions of dollars.
Burkov, now in his early 30s, was arrested in 2015 while in Israel and was ultimately extradited to the US in 2019 over Moscow’s objections.
Ahead of Burkov’s extradition, Russian authorities arrested an American-Israeli woman who had no known link to the Burkov case and accused her of possessing marijuana in a Moscow airport. The scheme failed to stop Israel from extraditing Burkov to the US.