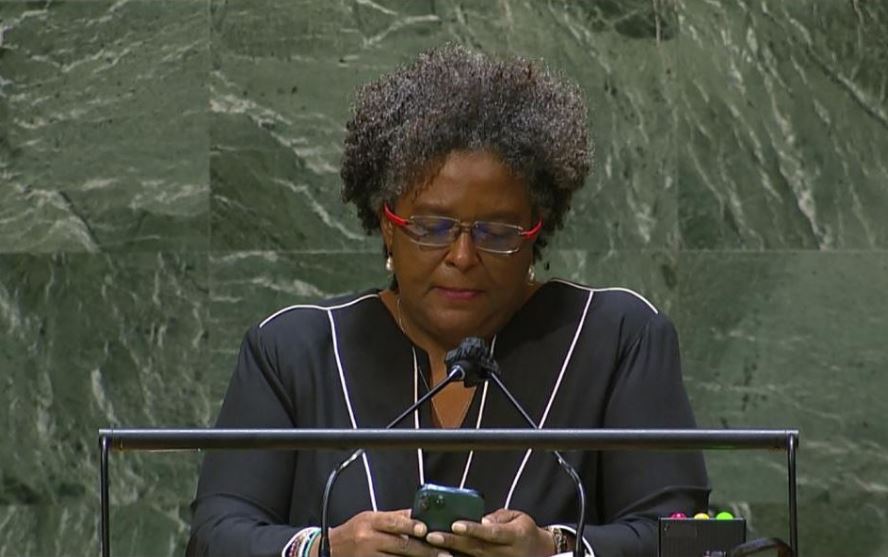 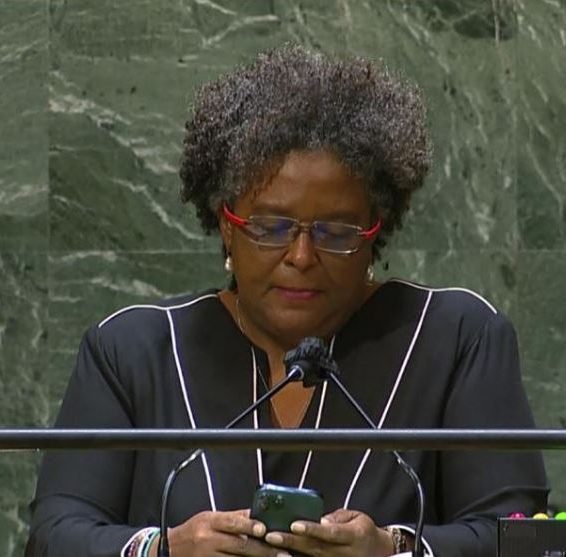 Prime Minister Mia Amor Mottley made an impact on the world stage with her speech at the United Nations General Assembly and again in Glasgow at COP26, but her words and passion have not only shown her commitment to the environment, but it has today seen her name once more etched in the annals of history as the United Nations Environment Programme (UNEP) named her this year’s Champion of the Earth for Policy Leadership.

This accolade is the world body’s highest environmental honour.

The UNEP explained why Mottley won above all others in this category for this prestigious award.

“Prime Minister Mottley has been a champion for those who are most vulnerable to the triple planetary crises of climate change, biodiversity and nature loss, and pollution and waste,” said Executive Director of the United Nations Environment Programme (UNEP) Inger Andersen. “Her passionate advocacy and policy achievements are prime examples of how world leaders can take bold, urgent action on environmental issues.”

When Barbados Prime Minister Mia Amor Mottley stood up in front of the United Nations General Assembly earlier this year, she was not in a mood to pull punches. In front of world leaders, she decried the “faceless few” who were pushing the world towards a climate catastrophe and imperilling the future of small island developing states (SIDS), like her own.

“Our world knows not what it is gambling with, and if we don’t control this fire, it will burn us all down,” she said in September. Drawing on the lyrics of reggae great Bob Marley, PM Mottley added: “Who will get up and stand up for the rights of our people?”

The impassioned speech would grab headlines around the world and for many, it was an introduction to Mottley. But the Barbados Prime Minister, this year’s Champion of the Earth for Policy Leadership, has spent years campaigning against pollution, climate change, and deforestation, turning Barbados into a frontrunner in the global environmental movement.

On the UN News website, it stated that Mottley is that voice and face driving action.

Prime Minister Mia Mottley of Barbados was honoured in the Policy Leadership category for her “powerful voice” for a sustainable world coming from the global south, consistently raising the alarm about the vulnerability of Small Island Developing States.

UNEP calls the Prime Minister “a driving force” for climate action across the Latin American and the Caribbean region, the first region to agree on the Action Plan for the UN Decade of Ecosystem Restoration.

Under her leadership, Barbados has adopted ambitious renewable energy targets, committing to a fossil-fuel-free electricity and transportation sector, by 2030.

At the same time, the country is implementing numerous conservation and restoration projects, from forests, through cities, to the coastline and the ocean. She also co-chairs the One Health Global Leaders’ Group on Antimicrobial Resistance.

From the Loop team, Congratulations PM Mottley – a craftswoman of our fate!