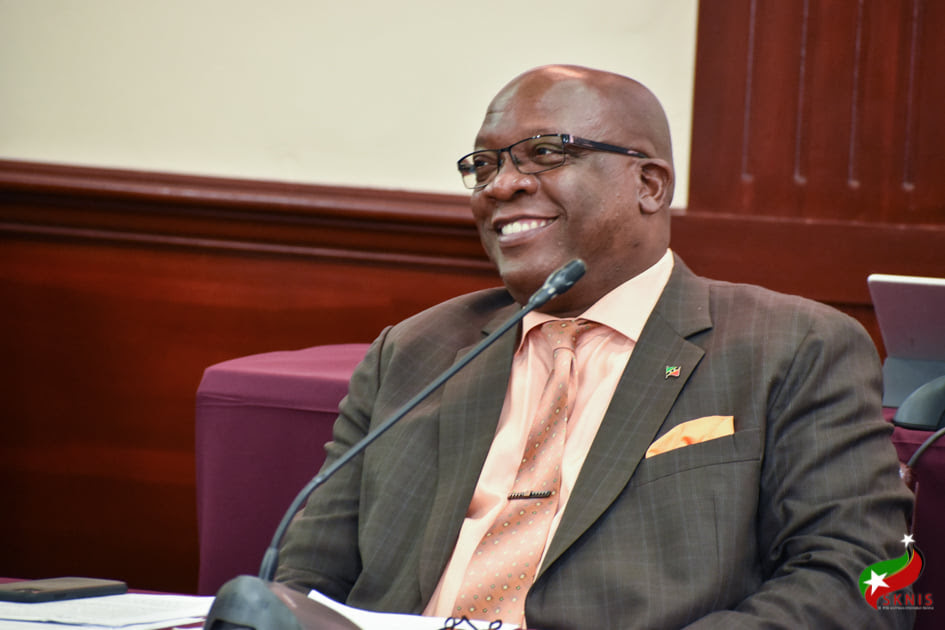 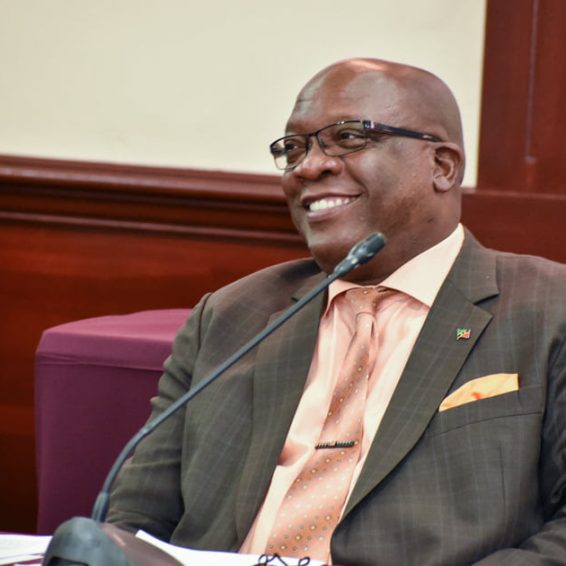 BASSETERRE, St. Kitts, December 02, 2021 (Press Unit in the Office of the Prime Minister) – On the adjournment of the Wednesday, December 01 Sitting of the National Assembly, Members of the Honourable House rose to their feet to record their congratulations and commendations to Prime Minister Dr. the Honourable Timothy Harris, who, on Monday, November 29, celebrated 28 years as an elected Member of Parliament.

Leader of Government Business, the Honourable Eugene Hamilton, who attended the Prime Minister’s anniversary church service and luncheon on Sunday (November 28), said, “The last six years as Prime Minister has shown that his experience in Parliament has done well to help shape the pathway of this Government as we go especially through this period of COVID. I want to congratulate him again and his constituents for continuing to return him and trust that he will live to see many more [years] serving in the Parliament,” Minister Hamilton added.

Deputy Prime Minister and Leader of the People’s Action Movement (PAM), the Honourable Shawn Richards also used the occasion to commend Dr. Harris on his 28th anniversary and for being the longest-serving Member of Parliament who has served as a Minister of Government.

“I do believe Mr. Speaker that that speaks not just to his political skills, Mr. Speaker, but also to the fact that not just those who sent him to Parliament but colleagues within Parliament [under] different administrations would have placed confidence in him to afford him the opportunity to serve as a Minister of Government, and now, of course, elevated to the position of Prime Minister. Mr. Speaker, on behalf of my own constituents I also extend congratulations to him for the service that he has given and continues to give to the Federation of St. Kitts and Nevis. Certainly, part of the success of the Team Unity administration can be credited to the years of experience that he has had as a Member of Parliament and as a member working within two different administrations,” the Honourable Shawn Richards said.

Deputy Speaker of the National Assembly, the Honourable Dr. Bernicia Nisbett also added her congratulations to Prime Minister Harris, noting that, “It is a significant milestone in his political career, for it is not an easy feat to be accepted or received by the electorate time and time again, so it means that the Member for Number Seven is doing something wonderful.”

In adding her own words to the chorus of congratulatory remarks, the Member for St. Christopher Three, the Honourable Akilah Byron-Nisbett stated that Dr. Harris’ impact over the last 28 years can be seen and felt in almost every facet of life in St. Kitts and Nevis.

PM Harris: Government Committed To Identifying A Home For Police And Fire Retirees

Meanwhile, Premier of Nevis and Political Leader of the Concerned Citizens Movement (CCM), the Honourable Mark Brantley commented that Dr. Harris “has performed creditably as our Prime Minister and so I recognize him. Twenty-eight years in elective politics–I have only myself just come and I’m already grey [haired] and tired, and so for those who have laboured for so long, I think we ought to recognize and congratulate them and so I join with my colleagues in extending the warmest congratulations to the Honourable Member for Number Seven for his commitment to his constituency and for his longevity here.”