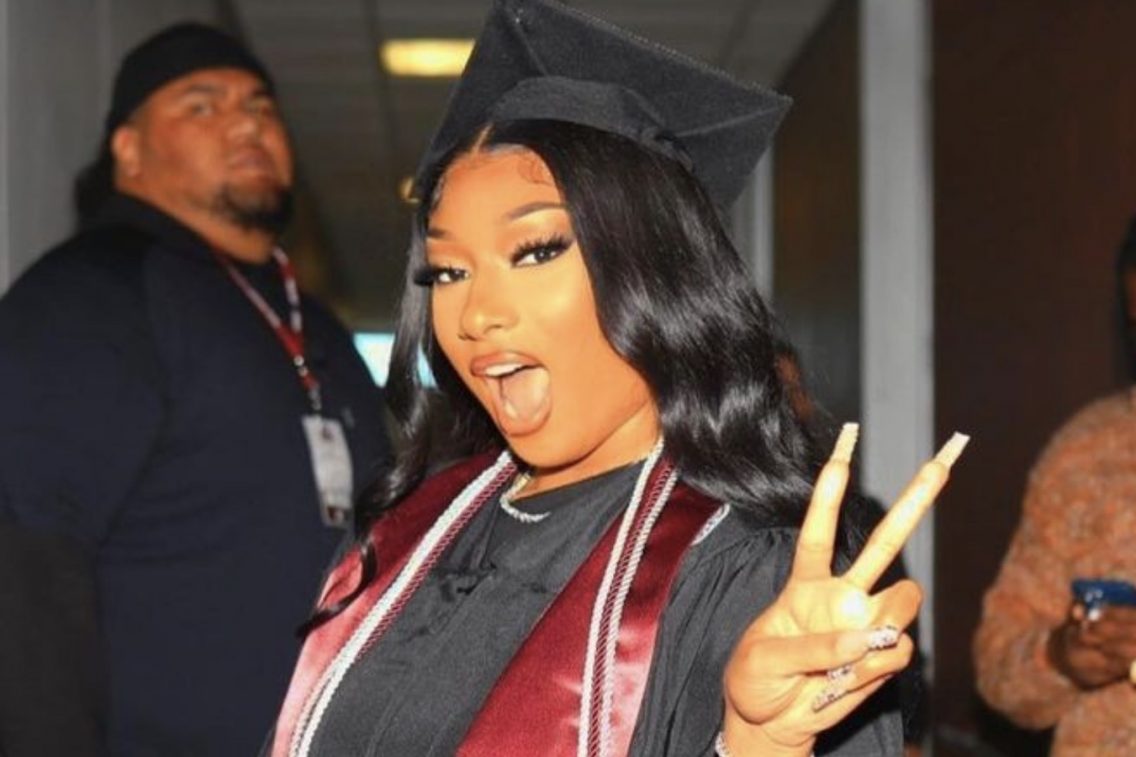 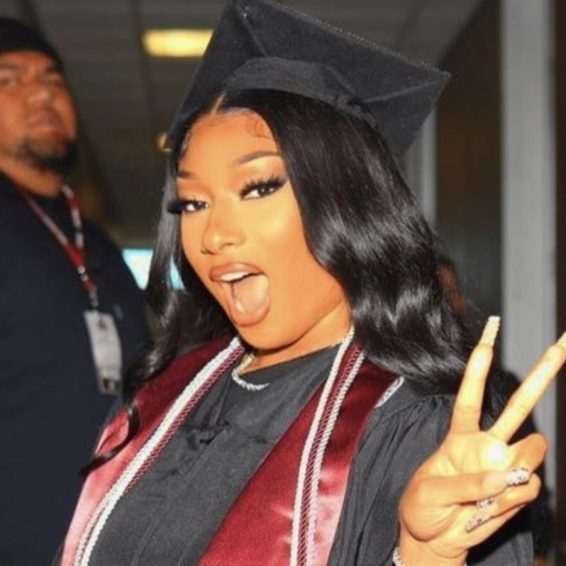 The Houston Hottie added another title to her belt as she is now officially a graduate and a university degree holder. Megan Thee Stallion is proving to young girls that with balance, everything is possible. The Texas rapper is known for her provocative “WAP” lyrics and her sexy styles, but she’s not playing when it comes to her education.

On Saturday, the rapper walked the stage at Texas Southern University from where she graduated with a bachelor’s degree in health administration.

It is a momentous occasion for the 26-year-old who lost both of her parents. “Meg Thee Graduate. I know my parents are looking down on me so proud thank you everyone for all the love today,” the rapper said in a caption of a picture of her all dolled up and fitted with her gown and cap.

In a separate post, she announced how excited she was for the day.

A video of the three-time Grammy winner is circulating online as she steps up when her name is announced “Megan Pete” to loud screams and applause from her fellow graduates and fans who filled the graduation auditorium.

She can be seen collecting flowers from her boyfriend Pardi Fontaine as she walks off the stage.

Speaking about her academic journey, Megan Thee Stallion said her motivation to finish was her grandmother and her now-deceased mother.

Megan Thee Stallion speaking about her achievement encouraged fans to “remember that you can do whatever you wanna do and be whoever you wanna be.”

While she is celebrating, Megan will be honored with the 18th congressional district’s Humanitarian Award on Sunday by Representative Sheila Jackson Lee of Texas. The award comes due to Megan’s assistance and work in helping to build homes for Texans affected by the winter storm in later February/March this year.