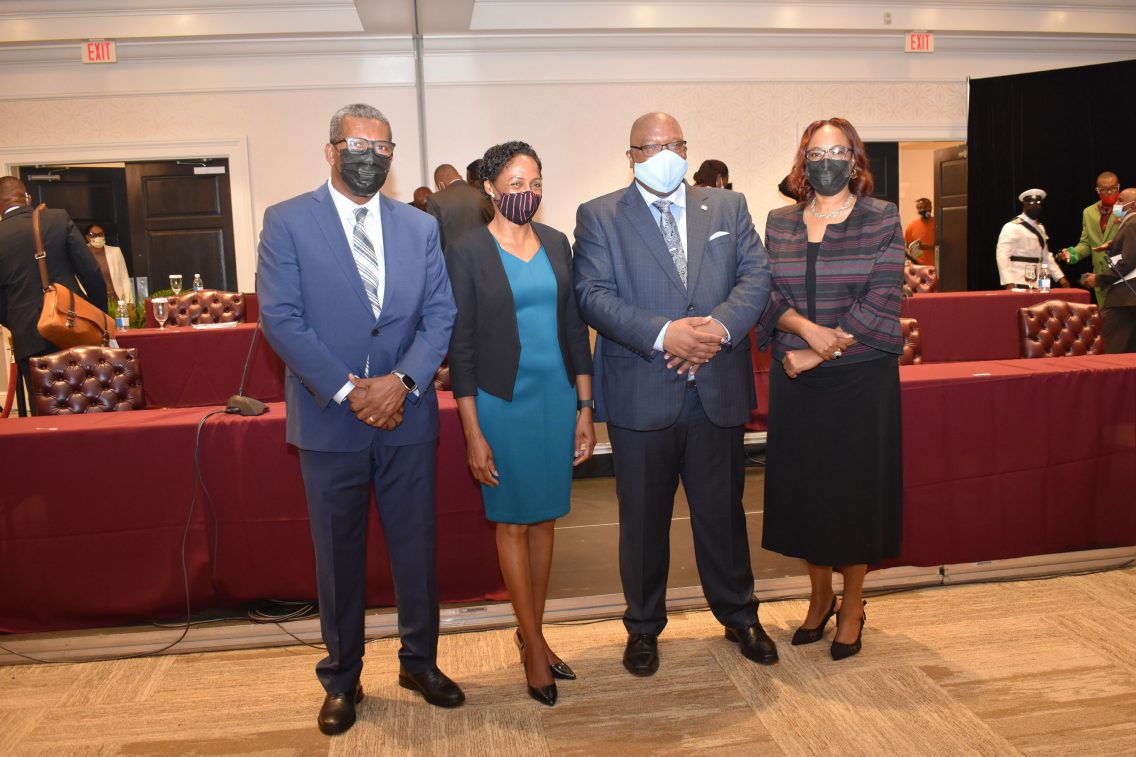 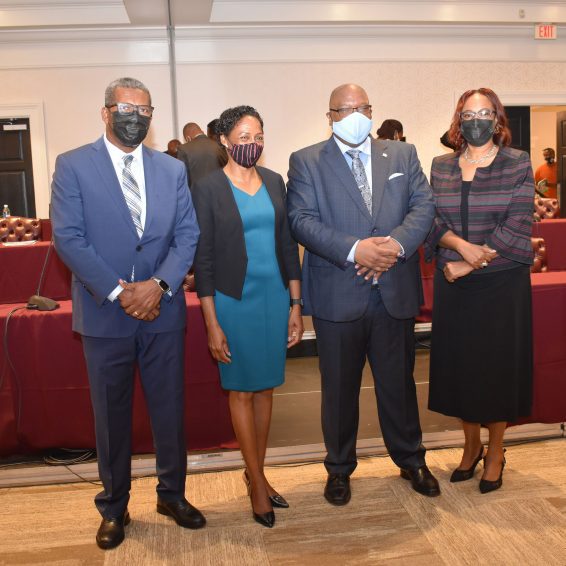 BASSETERRE, ST. KITTS, December 14, 2021 (S.T.E.P.) — Prime Minister and Minister of Finance Dr the Hon Timothy Harris, who also has responsibility for the Skills Training Empowerment Programme (STEP), has announced that the Team Unity Government is committed to make permanent, in 2022, all STEP workers in the government service.

Prime Minister Harris made the announcement on Tuesday, December 14 when he laid before the National Assembly, at a special sitting held at the St. Kitts Marriott Resort’s Ballroom, the Appropriation (2022) Bill, 2021, under the theme ‘Investing in Our People – Putting St. Kitts and Nevis back on track.

During the presentation of approximately EC$952,200,453 budget to maintain the delivery of public services and put the economy back on track, the Prime Minister announced the payment of double salary for all government employees including the approximately 2,800 STEP workers this December. He then posed: “Mr. Speaker, what else can we do at this particular time?”

He answered by saying: “We can stay firm to our commitment, and in the last General Election the people on Skills Training Empowerment Programme (STEP) said that they no longer want to continue indefinitely to be part of a workforce in no man’s land.”

According to the Honourable Prime Minister, when STEP workers go for a loan to a financial institution they are turned down as they are not permanent. He also added that the same thing happened when they would go to apply for a visa where they would also be denied as they did not have permanency in their jobs.

“So, for 2022 we will move forward in our commitment to make STEP workers permanent,” assured Prime Minister Harris, who is also the Minister of Human Resource Management and Information. “Permanent, Mr. Speaker, part of the government employee base, but we will do so in a phased basis.”

“Our first phase will involve those in the government service, Customs, the ministries, prisons, wherever they work because we have immediate control,” stated Dr. Harris. “Our first phase would look at those who have been doing a wonderful job, and we will give them the benefit of moving forward. That is our commitment for 2022.”

He observed that there are STEP workers in the private sector, who are not within the reach of the government. While the government cannot direct private companies to employ the STEP workers attached to their establishments, it can only make such requests.

“In addition, the Government Auxiliary Employees, our commitment to them will continue to be satisfied in 2022,” further announced the Prime Minister. “We said that we will allow them to continue to receive the honorarium until they were regularised. It was a promise made by the past administration which it never fulfilled. Team Unity is doing it. So, in addition to getting their double, they will also receive their honorarium this year, thanks to Team Unity Government.”