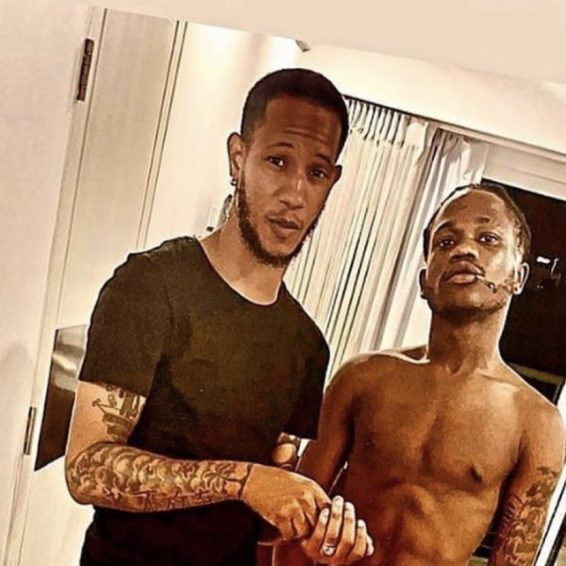 Jahshii is mourning the death of one of his associate who is also a music producer name Tadmar.

The producer, who is popularly known as Taddy and Activity Geo, was reportedly killed during an alleged armed confrontation with police, the Jamaica Constabulary Force said on Wednesday morning.

The producer is said to be a close friend and confidante of controversial dancehall deejay Jahshii, and he recently came to prominence for producing the artist’s song “Cream of the Crop,” which has taken Jamaica by storm for its motivational content.

The JCF reported that the young man was shot and killed by the police last evening in Grants Pen in St. Andrew during a confrontation with police. A .45 semiautomatic pistol and three matching rounds of ammunition that is said to belong to the dead producer were seized, the JCF said.

The Independent Commission of Investigations, INDECOM, which is an oversight body for police killings, is investigating the fatal shooting.

On Wednesday (Dec 29), the Head of Command for the St. Andrew North Police Division, Senior Superintendent Aaron Fletcher, told journalists that the producer was a known criminal.

The police also say that the producer was wanted for the murder of a man days ago in the Grants Pen community.

In an update, the police said that there is social unrest in the Grants Pen community as community members protest the death of the producer. Videos online showed residents holding placards reading “we need justice” and chanting while debris, including an old fridge, barrels, and other debris, was set on fire as the road was blocked.

“Yesterday the police had a confrontation with a known criminal, a man called Tadmar whom we have evidence shot and killed a man on Sunday whilst he was performing some construction work in the community, and fired shots at another man also. We have eyewitness statements to that incident,” Fletcher said in a video posted by Nationwide News Network.

Fletcher went on to address the protests in Grants Pen as residents were seen burning debris and blocking the roads.

“The police having gotten information that the man having gotten information that the man had returned to his place of abode, went and was confronted, shot at and fatally so, and so this is what is transpiring today, a show for criminality and lawlessness, evidence of the magnitude of social decay that has taken place in our society, which will not be supported or tolerated by the police,” Fletcher told reporters.

Fletcher added that anyone who is participating in the protests would be prosecuted.

Quavo & Chris Brown’s Ex Karrueche Vacation Together In The Caribbean

Fletcher added that the investigation is concluded and the file is complete, and the deceased is left to be formally identified to close the case.

Meanwhile, the producer, whose real name is Taddy, Activity Geo and Pod Man, is the head of the Active Music production group.

He is being mourned by friends and family online.

Jahshii has since removed his picture on his official account, while another account claims to be Jahshii.

Another account purporting to be Jahshii also mourned the artist’s death.