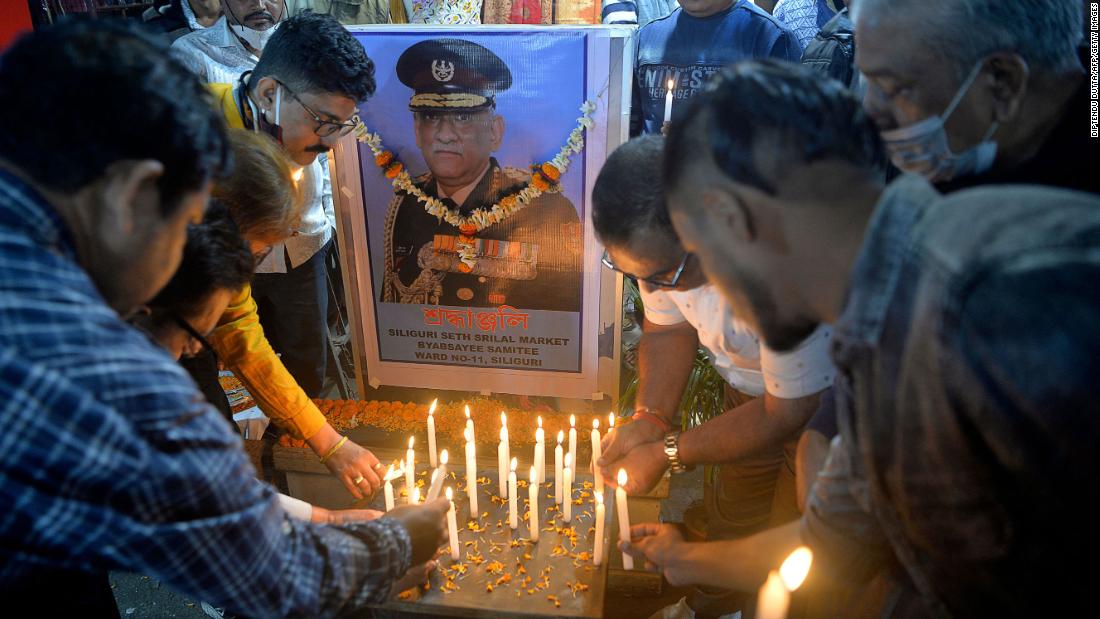 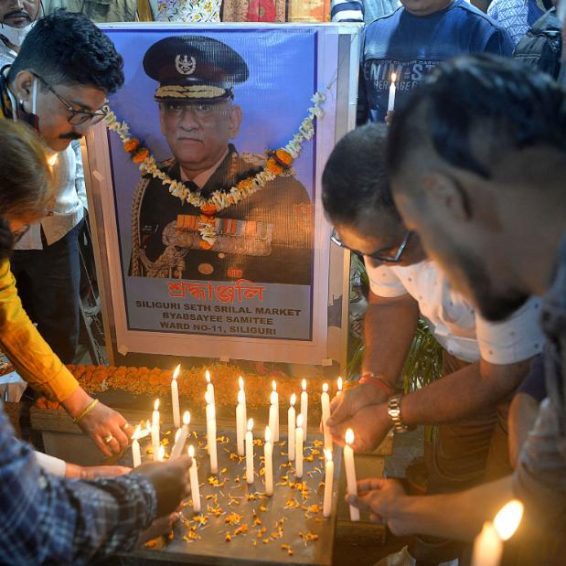 1 month ago·2 min read
ShareTweetPinShare
Home
World News
India pays tribute to helicopter crash victims ahead of funerals with military honors
The content originally appeared on: CNN
The remains of Chief of Defense Staff Gen. Bipin Rawat and his wife Madhulika Rawat arrived at his residence in the capital, Delhi, Friday, where top officials paid their last respects.
Army personnel transported their bodies through the streets in a military vehicle draped in marigolds — the saffron color of the flowers is considered auspicious in India and symbolizes the sun.
Home Minister Amit Shah paid tribute to Rawat and his wife at their home on Friday. He was seen laying a wreath by their coffins, and spoke to their mourning family. Citizens also lined up outside their home to offer their respects.
Rawat’s remains will be cremated late Friday in the capital, New Delhi, with full military honors, according to the Indian Army.
Read More
Rawat, his wife, and 11 other military personnel died when an Indian Air Force (IAF) helicopter crashed in the southern state of Tamil Nadu Wednesday. The cause of the crash is not yet known and the IAF has ordered an inquiry into the case of the accident, which they said would be “completed expeditiously.”
The victims’ bodies arrived at an army base in New Delhi late Thursday.
The bodies recovered from the crash site have been badly charred making it difficult to identify them, according to CNN affiliate CNN-News18. Only three bodies have been identified so far including Rawat, his wife, and Brig. LS Lidder.
Lidder’s 16-year-old daughter, Ashana Lidder, was seen saluting and kissing her father’s casket at the army base. His wife also kissed her husband’s coffin.
Indian Prime Minister Narendra Modi paid tribute to the victims late Thursday by laying wreaths and flowers on their coffins. He was seen bowing his head in respect and speaking to the victims’ bereaved relatives.
The 11 military personnel who died will be given appropriate military honors, the Indian Army said.
Members of the Indian Army were seen performing the last rites during Lidder’s funeral at Delhi’s Brar Square crematorium on Friday.
Lidder’s daughter laid flowers on his casket, while his wife was given a folded Indian flag and his photograph, per army tradition. The “Last Post” bugle call was played, to mark the end of his service.
“My papa (father) was a hero, a legend. Every daughter looks at her father as the biggest hero,” Ashana Lidder told CNN-News18. “My papa was my best friend.”
She added that Rawat and her father “were a team, and died as a team.”
The only survivor of the crash, Group Capt. Varun Singh, was fighting for his life Thursday, Defense Minister Rajnath Singh told India’s Parliament. He remains on life support in a military hospital in the southern city of Bengaluru, according to the IAF.
Condolences for the bereaved families have been pouring in since Wednesday, with Indian politicians and foreign officials offering messages of support.