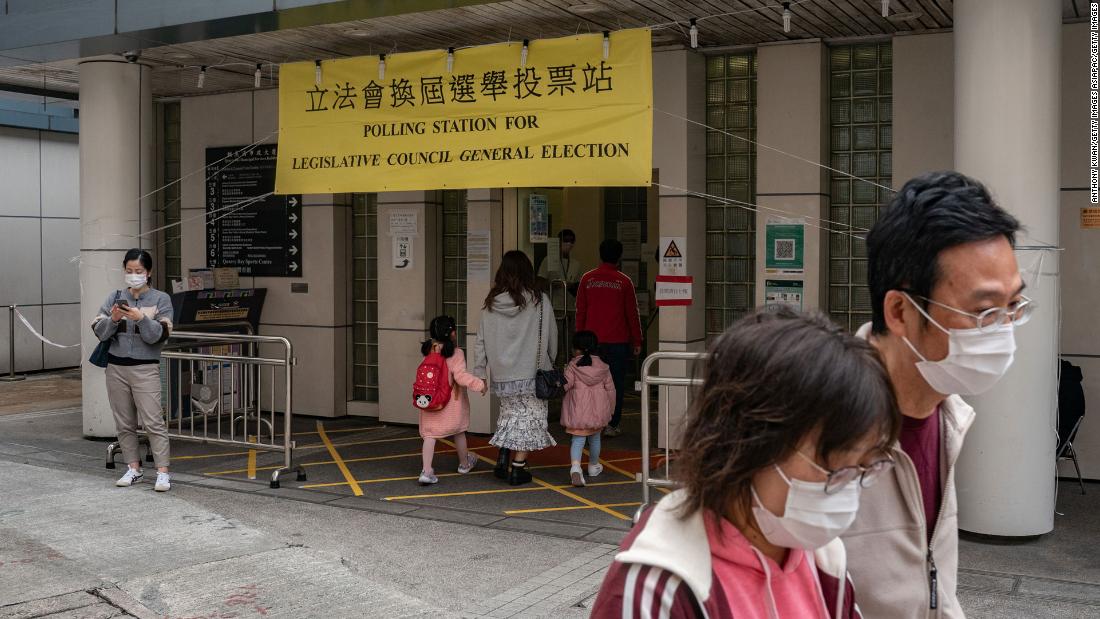 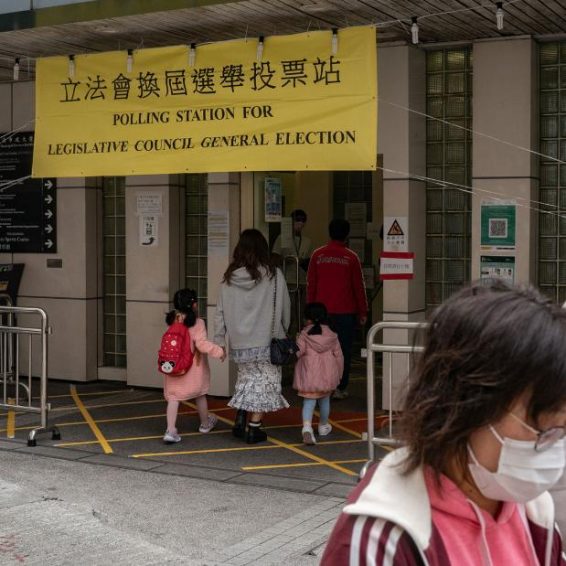 According to a government news release, provisional turnout was 30.2% by close of polls — far lower than the previous record low of 43.6%, in 2000. The last legislative election five years ago saw a 58% turnout.
In an attempt to boost the vote, the city offered free public transport all day — but rather than going to the polls, many Hong Kongers instead appeared to take the free trains and buses to hiking trails and campsites.
The results, announced Monday morning, saw pro-establishment candidates claim all 20 seats in the available geographic constituencies. None of the city’s major pro-democracy parties fielded any candidates.
Carrie Lam, the city’s leader, thanked voters late Sunday night, saying it was “an important election following the improvements to the electoral system to implement the principle of ‘patriots administering Hong Kong.”
Read More
Beijing passes new ‘patriot’ election law for Hong Kong that restricts opposition
The vote comes two years after pro-democracy, anti-government protests rocked Hong Kong for months, and more than a year after the introduction of a national security law, which bans secession, subversion, and collusion with foreign forces — events that have completely transformed the city’s social and political landscape.
It’s also the city’s first Legislative Council election since stringent new electoral reforms were passed in March. The changes gave the government greater vetting powers, dramatically lessening the public’s ability to vote directly for candidates, and only allowed government-screened “patriots” to stand.
Under the previous system, about half of the 70-seat legislature was directly elected by the public, while the other half was chosen by trade and industry bodies that usually favor pro-China candidates.
The new reforms expanded the legislature to 90 seats — but the vast majority of these are controlled by a pro-Beijing, government-appointed committee, and trade and industry bodies. Now, only 20 seats are directly elected by the public — the lowest number since Hong Kong was handed over to Chinese rule in 1997.
A banner outside a polling station in Hong Kong during the Legislative Council election on December 19.
A number of Hong Kong activists who fled abroad called on voters to boycott the election in the run-up to Sunday, arguing it was a sham election — a criticism echoed by many rights groups and international observers.
Former lawmakers Nathan Law and Ted Hui, both in self-exile, were among those advocating a boycott. Hong Kong authorities subsequently issued arrest warrants against them.
In Lam’s statement Sunday night, she argued the new electoral system was needed for order and good “governance,” adding that in previous elections, “anti-China forces entered the political system … throwing the Legislative Council into chaos.”
Hong Kong warns Wall Street Journal of legal action over election editorial
Sunday’s low turnout stands in stark contrast to 2019, when nearly 3 million people — a 71.2% turnout — voted in district council elections that delivered a landslide victory for the pro-democracy camp.
The 2019 election took place months into the protest movement, after million-strong marches and street clashes between demonstrators and police. At the time, the vote was framed as a de facto referendum on the protests.
Under the national security law and Beijing’s crackdown on the city, political opposition has been all but wiped out. Most opposition leaders and former pro-democracy lawmakers are now either in jail or exile, while most of the councilors who won in 2019 have either resigned, left Hong Kong, or been disqualified by the government.
In a news conference on Monday morning, Lam acknowledged Sunday’s turnout had been low — but argued that wasn’t necessarily a bad thing.
The high turnout of 2019 was “based on polarization,” Lam said. “The (2019) election only had a high turnout rate because of the difficulties in Hong Kong,” she added. “It’s not something we should be proud of.”