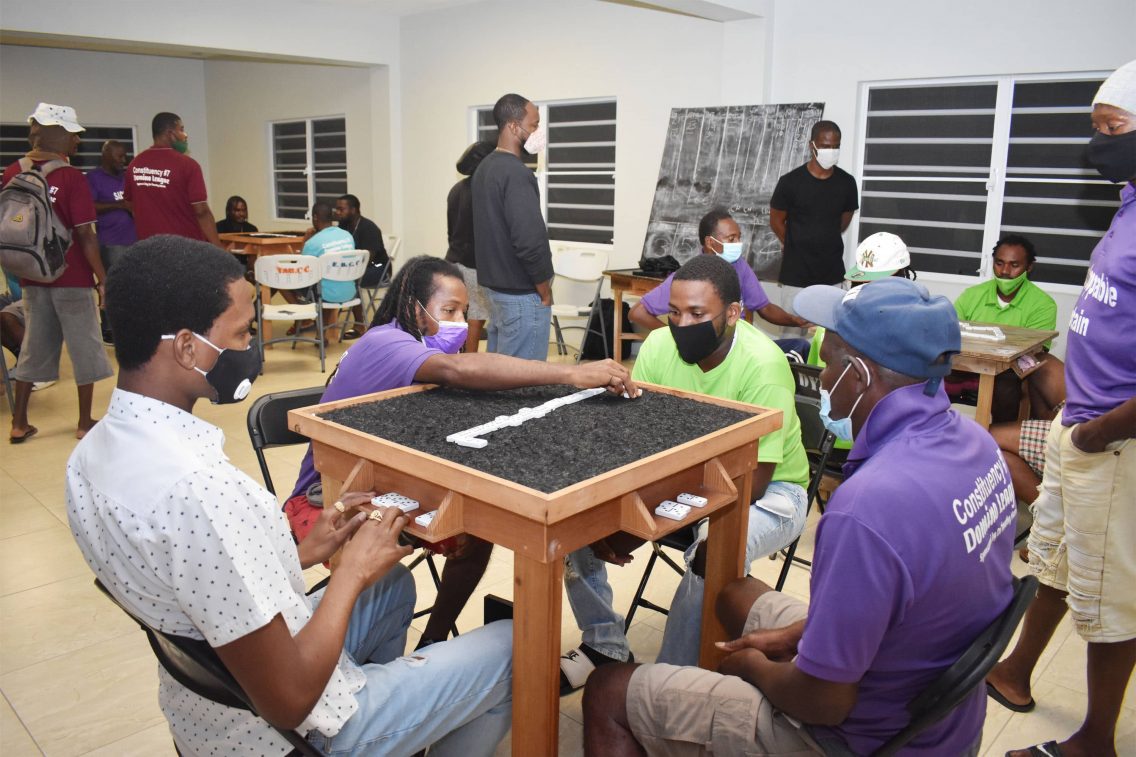 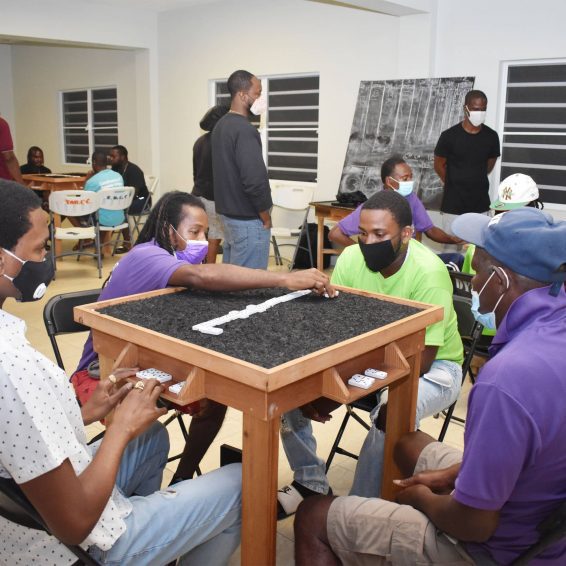 BASSETERRE, ST. KITTS, November 18, 2021 (MMS-SKN) — After former champion team of Constituency Number Seven Dr the Hon Timothy Harris Domino League, Lodge Domino Club was dramatically dislodged from the final four in the 26th edition of the league, the team was on Wednesday evening November 17 narrowly knocked out of the Best of the Rest competition.

Having finished as the second seed among the Best of the Rest, Lodge faced second last seed Small Corner Bar Domino Club in a tight and hotly contested game played at the new Lodge-Ottley’s Community Centre where the underdogs (Small Corner Bar) carried the day with a narrow 13-12 win, effectively knocking Lodge out of this year’s competition.

Best of the Rest’s top seed Phillips Domino Club, while were slow in the opening games, overcame an early 3-5 deficit and ended up beating Ottley’s Domino Club 13-7. In the third game of the evening, Unstoppable Domino Club stopped Christ Church Domino Club with a 13-11 win.

Five games were supposed to have taken place in the knock-out competition where the winner proceeds on to the next level, but the highly anticipated clash of the two teams from Constituency Number Six, former champion team Parsons Domino Club and Saddlers Domino Club did not take place. Only three players showed up on the Parsons team, which as a result handed their sister team Saddlers a 13-0 walkover win.

Same scenario played out when players on the Guinness Domino Club ended up being honourable cheerleaders as their other colleagues played against each other due to the fact that their evening’s opponents, Molineux Domino Club, were a no-show which as a result earned them a cool, sweat-free, 13-0 win.

According to results returned last evening, Phillips Domino which had the best results received a bye. It means that on Monday, November 22 when Best of the Rest competition continues, Saddlers Domino Club will square it off with Guinness Domino Club, while Small Corner Bar Domino Club will come up against Unstoppable Domino Club, all games at the new Lodge-Ottley’s Community Centre.

Semi-finals of the 26th edition of the league will take place tonight, Thursday, November 18, starting at 7:00 p.m. at the new Lodge-Ottley’s Community Centre, where former champion team Unity Domino Club, as the top seed, commands a favourable chance to reclaim the coveted title.

After tonight’s semi-finals encounter, the second game will be on Tuesday, November 23, and if a third game will come into play, it will be held on Thursday November 25.