NIA Thinking Outside The Box In Seeking Investment For Nevis

Environmentalists Call For Greater Community Involvement In Conservation Of The Environment 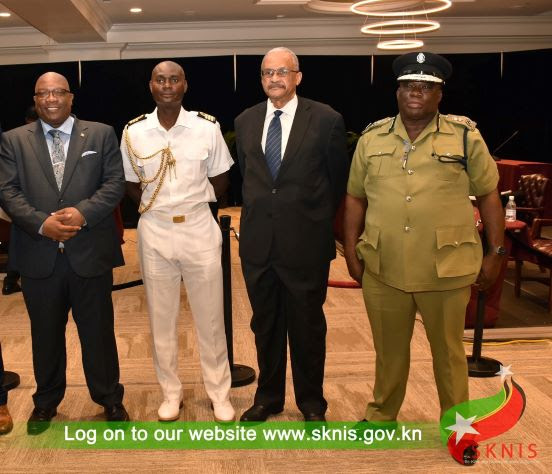 Basseterre, St. Kitts, December 15, 2021 (SKNIS): Public safety and security remain at the top of the policy agenda for the Government of St. Kitts and Nevis.

As a tangible demonstration of this commitment, the Ministry of National Security was allocated $80.1 million to fund its expenditure for the 2022 fiscal year. The figure was announced by Prime Minister Dr. the Honourable Timothy Harris during the Budget Address 2021 held on Tuesday, December 14, 2021, at the St. Kitts Marriott Resort.

Priorities identified for the Ministry of National Security in the Appropriation (2022) Bill, 2021, include the upgrading of the police stations in Charlestown and Gingerland in Nevis, the continued buildout of the youth-oriented Explorers Headquarters, expansion of the Closed Circuit Television (CCTV) programme, introducing a localized Cybercrime laboratory, and enhance training opportunities for security personnel.

The funds are critical to ensure that law enforcement and security forces can continue to address current and ongoing emerging security threats. The resources will further allow the security system to operate at optimal levels to confront the challenges posed by the COVID-19 pandemic.

Dr. Harris, who is also the Minister responsible for National Security and Finance, said that no one can deny that St. Kitts and Nevis is safer and more peaceful in 2021 than it was up to 2014 and the first two months of 2015 when crime posed a significant challenge.

“Team Unity has ushered in meaningful changes by giving support to the national security arm of the state because fundamentally, there is no state without security and the most fundamental responsibility of a modern state must be to keep its citizens safe,” Prime Minister Harris stated.

The debate on the $952 million Budget resumes on Wednesday, December 15, 2021, at the National Assembly Chambers at Government Headquarters.