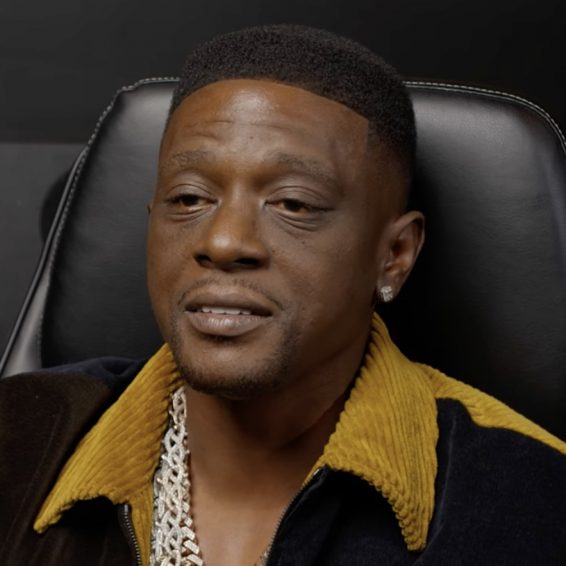 Hip-hop fans are well aware of the bad blood between Boosie Badazz and rising star Lil Nas X. Though it seems an unlikely beef, it’s one that has caught fans attention, especially with many of Nas X’s fans calling out the Baton Rouge rapper for resorting to homophobic slurs to try and win the battle.

The latest outburst came from Boosie Badazz as recently as last month after Lil Nas X provoked him by joking to his fans that the two have a collab on the way. Boosie’s response was harsh as he tweeted:

“Stop trolling me f****t Lol. U a whole b*tch playing with a gangsta SMH U can keep sucking d*ck n getting f*cked n your a*s n peace. N #uhateyourself I would too if I was you LOL.”

The Baton Rouge rapper wasn’t done there and went overboard when he advised the young rapper to kill himself as he ended the tweet with, “NasX if you #commitsuicide you would do this world a huge favor Nobody wants U here.”

In a recent interview with DJ Vlad, the “Betrayed” rapper explained his outburst, blaming it on personal circumstances at the time, including the fact that his grandmother was dying. Something that he said messed with his mind.

As he’s done before, Boosie Badazz also said that he doesn’t consider anyone in the gay community an enemy. However, the jury might still be out on that one as just earlier this month on Instagram, he’s quoted as saying:

It sounds like he’s proud of his anti-gay sentiments and feels that he’s giving a voice to the voiceless. Still, he insists that his lashing out at the “Montero” artist had to do with his own trauma at the time.

“He had caught me at the wrong time. I was having a bad day. I was losing my grandmother and I was going through a lot of sh*t. And you know how I am: you bite me, I’m going to bite back,” he added.

Sadly, his grandmother did pass away, which he shared earlier this month. “I JUST LOST MY GRANDMA. IM GO MISS U SO MUCH IM HURT BRA REAL TALK,” he posted on Facebook on November 9.

Boosie also said that he believes social media might be contributing to the distortion of his views of gays and that he had gotten death threats since beefing with Lil Nas X. The “Trust Nobody” rapper also said that all his gay fans love him, and he’s still not quite sure where all the hate is coming from.

Boosie Badazz revealed that he’s even been prompted by his mother to stop talking, but he is adamant that he intends to stand up for what he believes in.

“I’m proud to be the person to speak up for people who can’t talk. You know, my momma tell me, ‘Shut up.’ My momma told me the other day, ‘Shut the fuck up.’ Called my phone, [she said], ‘Shut the fuck up. Stop talking about all that shit’. You sit down, ma. I don’t want to hear that. You know, not trying to be disrespectful to my mom, but I hung up on her,’” he said.

Whether or not he was going through a tough time, he seems to have an aversion to the lifestyle, as evidenced by one of his rants back in August when his second Instagram account was banned.

At that time, he said during a Live, “It’s sad how y’all tryna force this gay stuff on the world. It’s sad how y’all tryna ban artists. Y’all sad, bro, it’s sad, bro. In 10 years, it ain’t gonna be normal for a kid to be straight. It’s sad, bro. Y’all tryna force it on these kids, bro. Pushing it on the artists, pushing it on all the biggest artists. You know why? Cause’ the kids love those artists. You attacking these kids.”