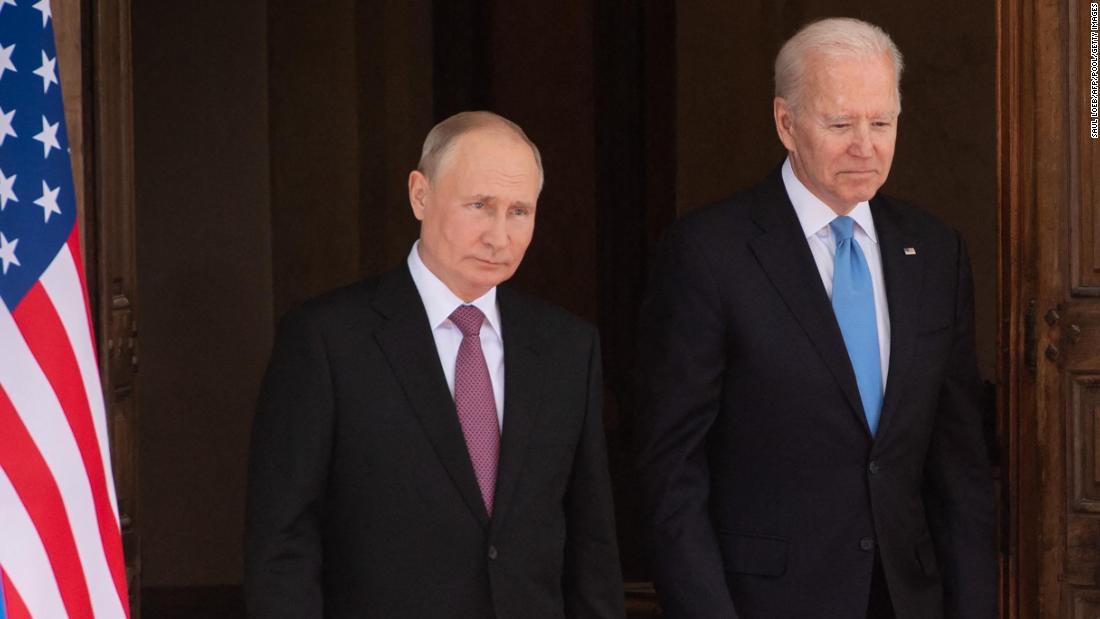 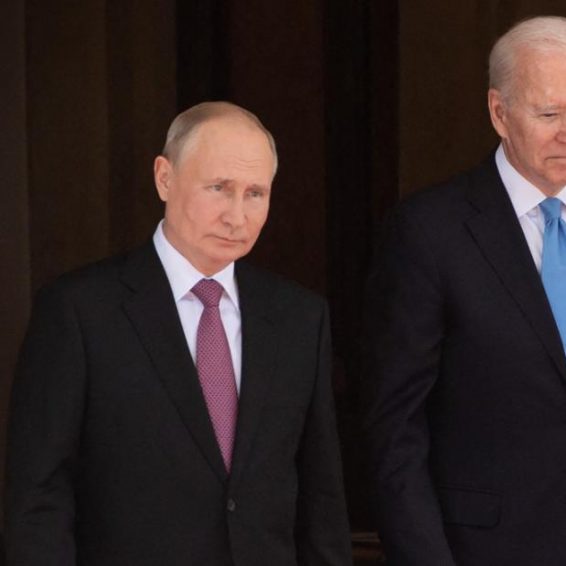 Biden to speak with Putin today at Russian leader’s request

4 weeks ago·4 min read
ShareTweetPinShare
Home
World News
Biden to speak with Putin today at Russian leader’s request
The content originally appeared on: CNN
The call was requested by Putin, according to an administration official, and Biden accepted because “he believes when it comes to Russia there is no substitute for direct leader-leader dialogue.”
Horne added that “the Biden Administration continues to engage in extensive diplomacy with our European Allies and partners, consulting and coordinating on a common approach in response to Russia’s military build-up on the border with Ukraine. President Biden has spoken with leaders across Europe, and Biden Administration officials have engaged multilaterally with (the North Atlantic Treaty Organization), the (European Union), and the (Organization for Security and Cooperation in Europe). They have also held numerous consultations with counterparts, including those from eastern flank countries bilaterally and in the (Bucharest Nine) format as well as Ukraine.”
The Bucharest Nine is a reference to nine European nations that form the eastern edge of NATO — Poland, Romania, the Czech Republic, Estonia, Hungary, Bulgaria, Latvia, Lithuania and Slovakia.
Biden plans to preview the upcoming bilateral talks between the US and Russia set to take place on January 10, the official said, and will also discuss the NATO-Russia and Organization for Security and Cooperation in Europe meetings slated for January 12 and 13. Close consultation with US allies and partners has been “a priority for the administration from the get-go,” the official said, and Biden will underscore that to Putin as well.
Read More
A senior administration official told reporters on Wednesday that while the US and its allies are committed to meaningful diplomacy with Russia, “we are also prepared to respond” with harsh, coordinated sanctions if Russia advances with a further invasion of Ukraine.
The US has also “made plans to reinforce NATO’s force posture” in eastern Europe if Russia attacks Ukraine, the official said, and is prepared to provide Ukraine “with further assistance” to help the country defend itself if necessary.
The official noted that the US has not yet seen any effort by Russia to lower tensions.
“We continue to see a significant Russian troop presence in and around the border of Ukraine, and we have continued to make clear to the Russian side that for there to be real progress in these talks, a context of de-escalation will be required.”
The US has also developed, “in some detail,” a list of concerns it intends to share with Russia “at the appropriate point,” the official said. “We are at a moment of crisis and have been for some weeks now, and it will take a high level of engagement to address this and try to find a path of de-escalation.”
Biden and Putin are not expected to participate in the talks on January 10 in Geneva, the official said. The talks will include representatives from the Pentagon and NSC and will be led by the State Department.
A Kremlin spokesperson told journalists that Thursday’s planned call was requested by the Russian side due to the “extremely complicated” issues the two countries have to discuss.
“The issues that are on the agenda are extremely complicated,” the Kremlin spokesperson, Dmitry Peskov said. “Since the last conversation (between Putin and Biden), the Russian side has formulated its position, as promised by President Putin, it was set forth in two draft documents that were brought to the attention of Washington and a few European capitals.”
“Therefore, in view of President Putin, there is a need for one more conversation prior to the aforementioned (January) talks,” Peskov added.
Secretary of State Antony Blinken spoke with Ukrainian President Volodymyr Zelensky on Wednesday about the ongoing tensions and previewed Biden’s upcoming call with Putin, according to the State Department.
The Biden-Putin call, scheduled for 3:30 pm ET, will be the second direct contact between the two leaders this month as the US continues to pressure Russia to draw down its large military presence near Ukraine’s borders. More than 100,000 Russian troops are still stationed there, and US intelligence officials have warned Ukraine and allies that Russia could be planning to launch an attack as soon as January.
Biden warned Putin during a virtual meeting earlier this month that an invasion would result in serious consequences, such as harsh economic penalties and US military reinforcements on NATO’s eastern flank.
Putin, in turn, has warned the US and NATO that Russia will be forced to act if its “red lines” are crossed, specifically if NATO expands its military capabilities further eastward and into Ukraine. Putin has demanded legally binding security guarantees from the US and NATO, some of which US officials have already called nonstarters but without detailing what exactly is off the table.
But US and Russian officials have agreed to sit down for security talks on January 10, where “Russia can put its concerns on the table, and we will put our concerns on the table with Russia’s activities as well,” an NSC spokesman said on Tuesday. The State Department will lead that delegation, the administration official said on Wednesday.
The status of the talks is not contingent upon Russia first drawing down its forces, a White House official said on Tuesday, because the Biden administration still believes diplomacy is the most responsible path forward “even if we don’t get everything we want.”
US officials plan to consult with Ukraine regularly on the side as the negotiations with Russia take place next month, the White House official told CNN.